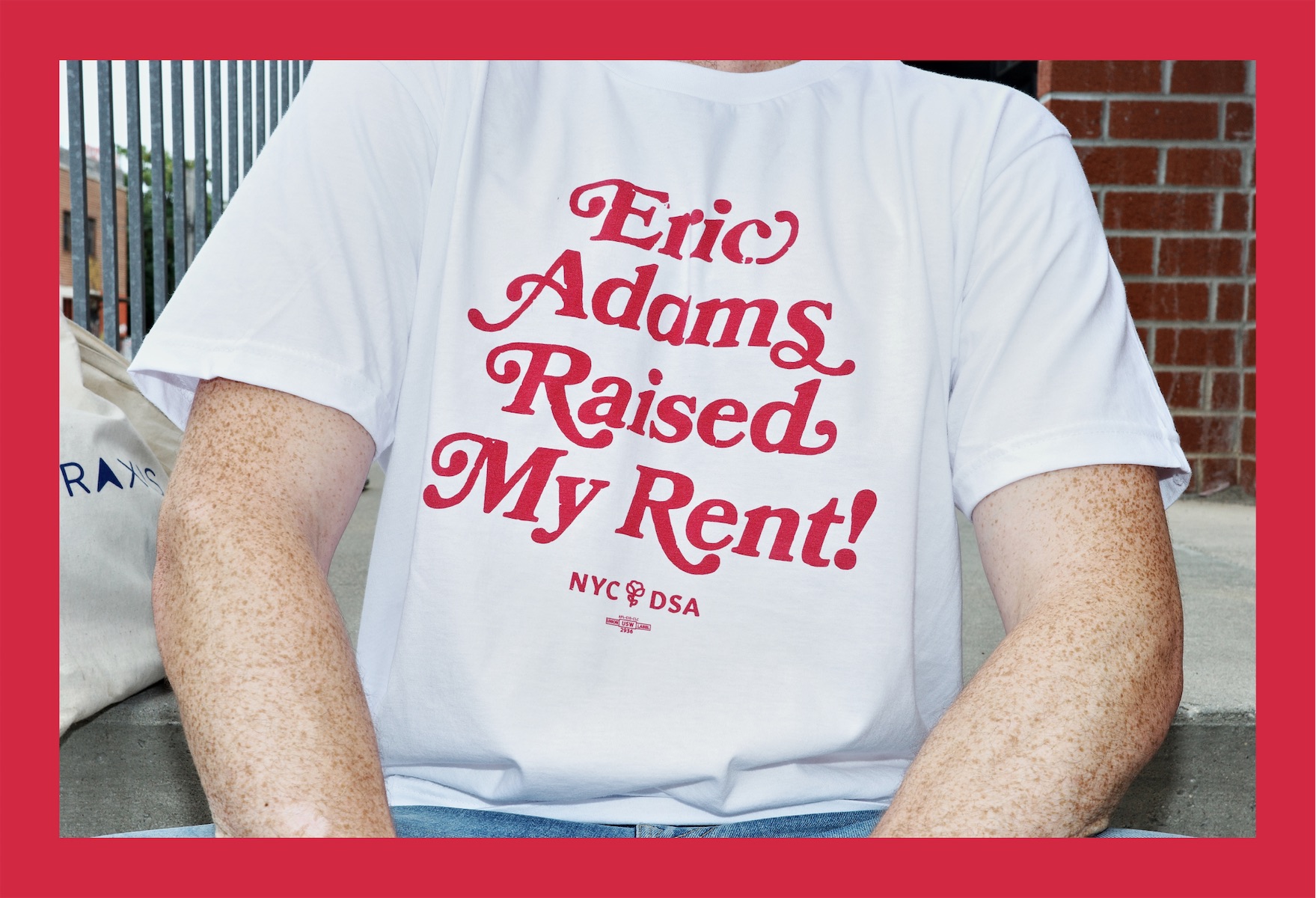 In 2022, Kay Gabriel and Tiffany Gong of NYC DSA reached out to me with an idea for a shirt to raise awareness of the city’s recent rent hike. Despite the pandemic still having major negative effects on New Yorkers, Mayor Eric Adams had just allowed the rent board to make the first large rent increase since Mayor Bloomberg was in office. Kai had the idea to make a shirt that reads “Eric Adams Raised My Rent”.

After many years of designing swag, my main goal is to make something that people would actually wear. I look at fashion and culture to create something that works in numerous contexts and as a part of someone’s regular outfit rotation. Too often, I find that swag can be designed with little consideration for fashion, which can leave a shirt relegated to laundry day rather than something you cherish and wear with pride. 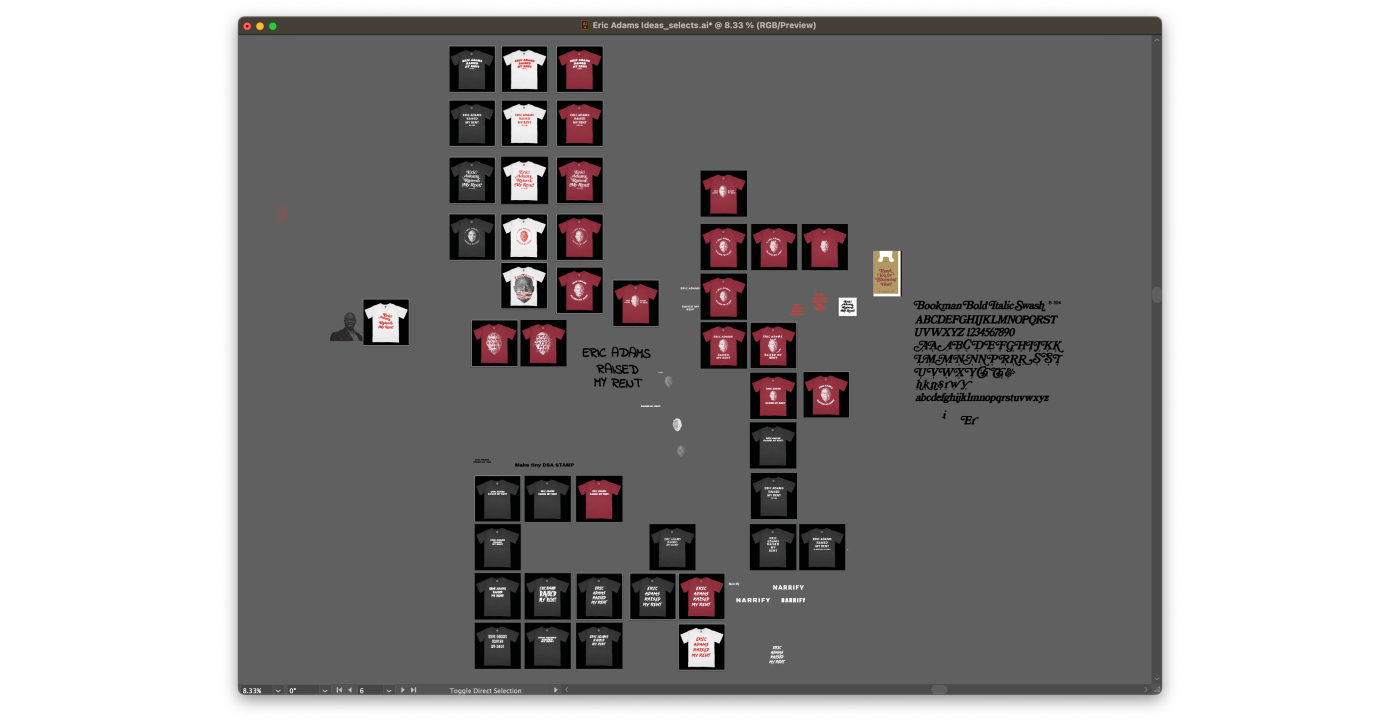 Because this was shirt with a strong message, it needed to be a really quick and bold read. I started by laying out the text in as many typefaces as I could find. After sharing lots of sketches and options with Kay and Tiffany, we kept coming back to the idea of having the typography feel uniquely New York. The idea we all loved the most was a reference to the iconic Thanks For Shopping With Us plastic bag that’s found all over NYC.

To give the shirt some attitude I printed out my design, crumpled the paper, and scanned the text back in. This trick allows the text to feel less digital and more weathered. 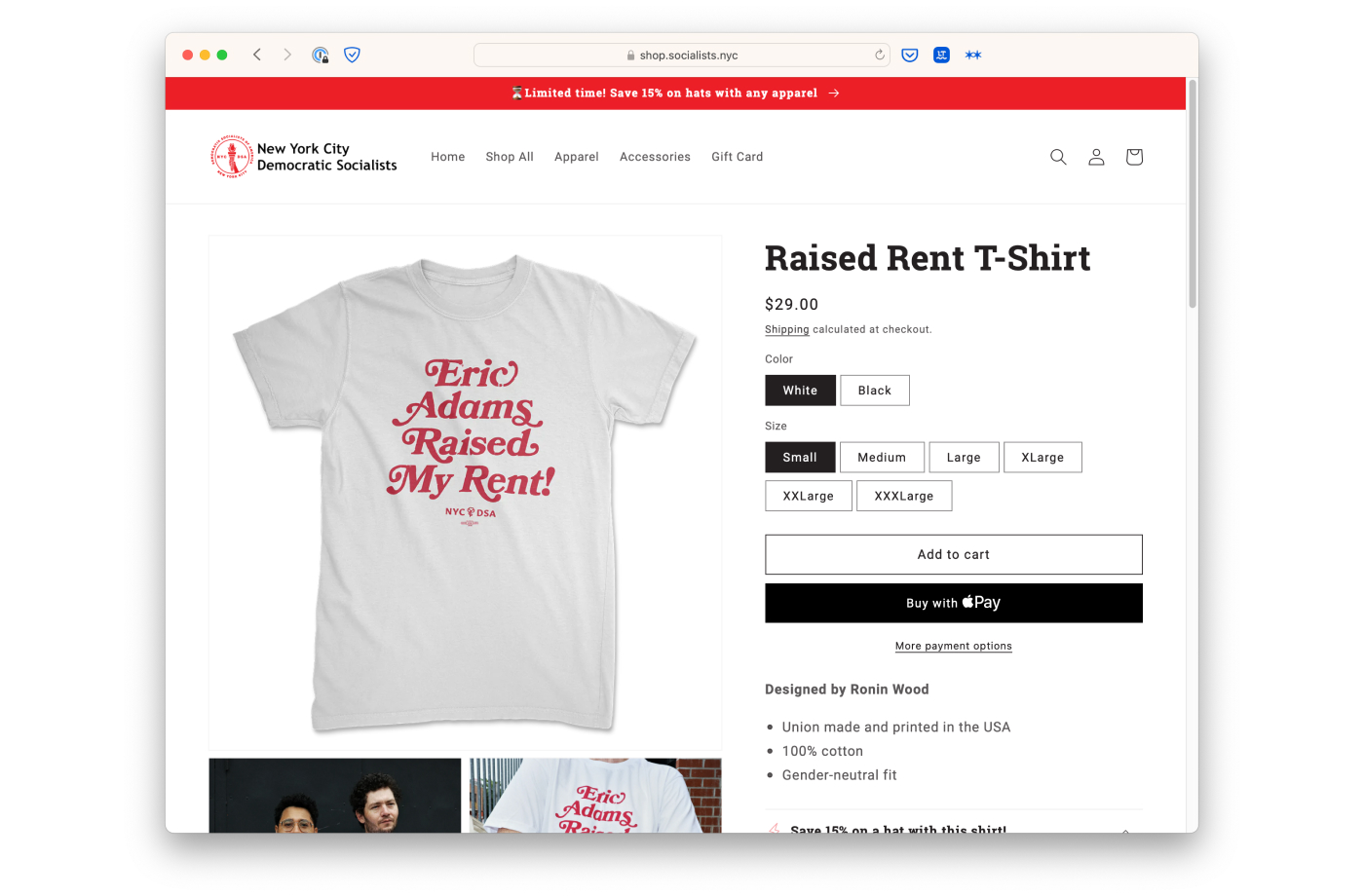 Once the shirts were produced, I worked with artist and photographer Isaiah Winters to create a street photography style photoshoot with models Jackson Lynch and Joe Deleeuw to give the shirt some energy and build excitement. 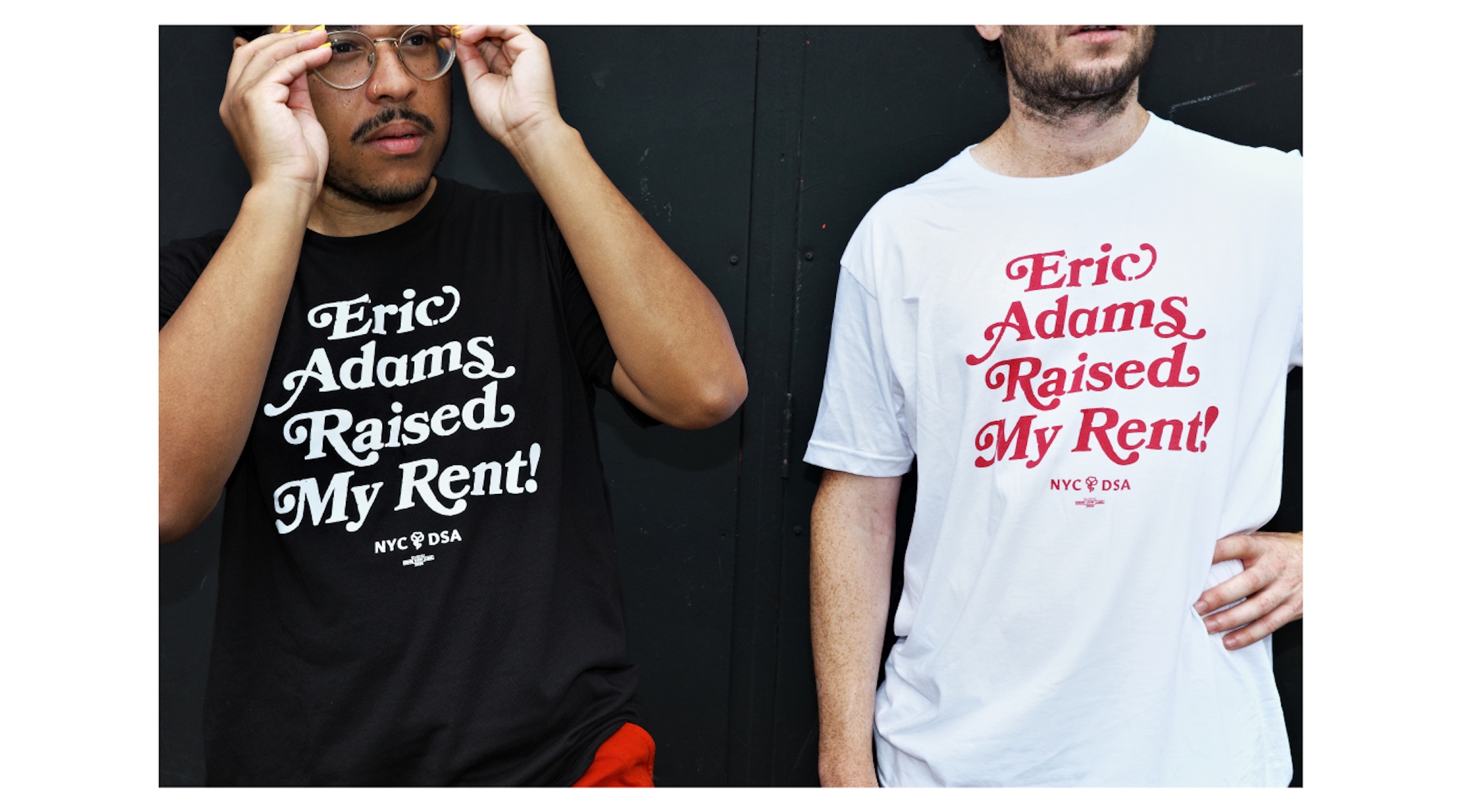 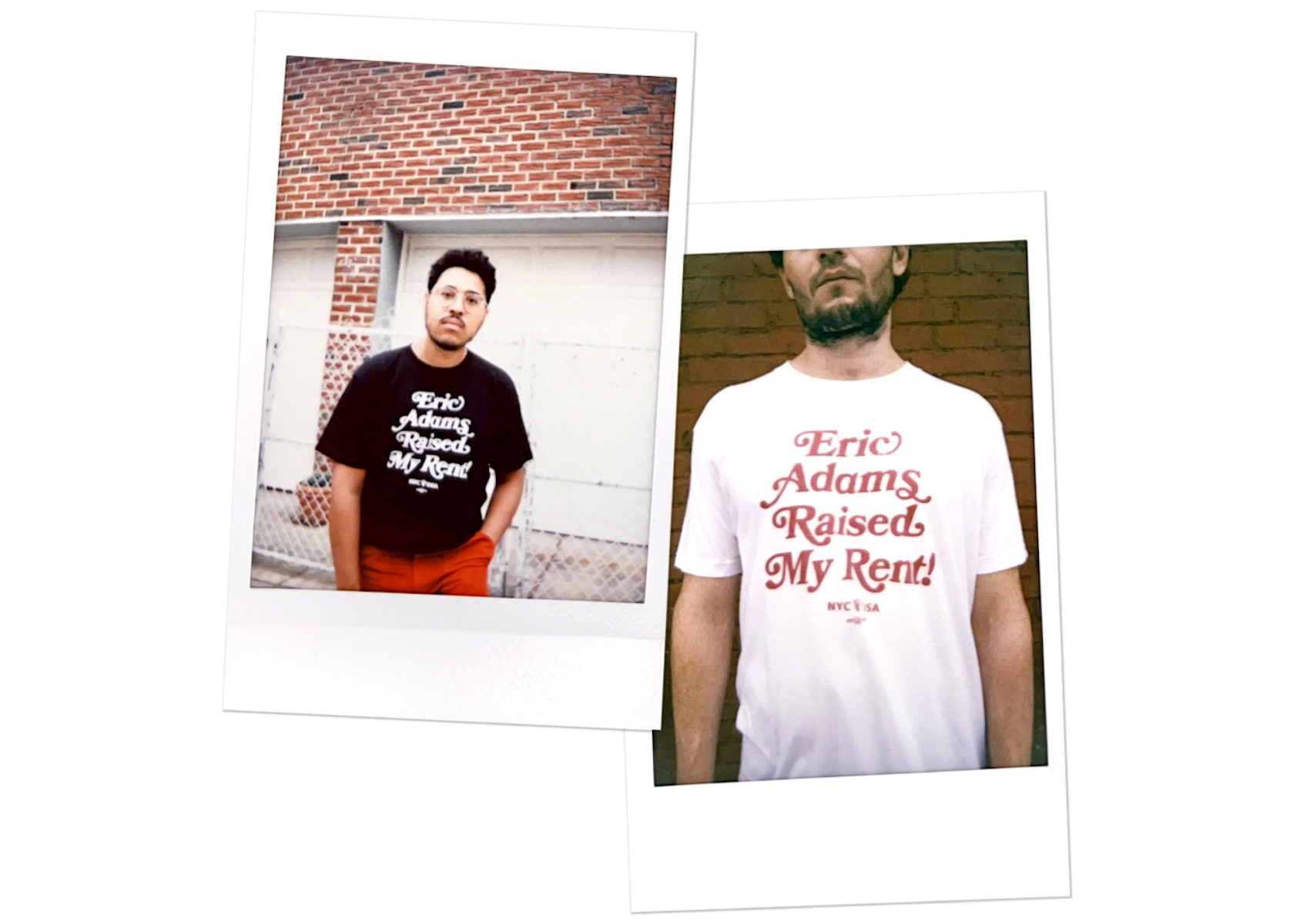 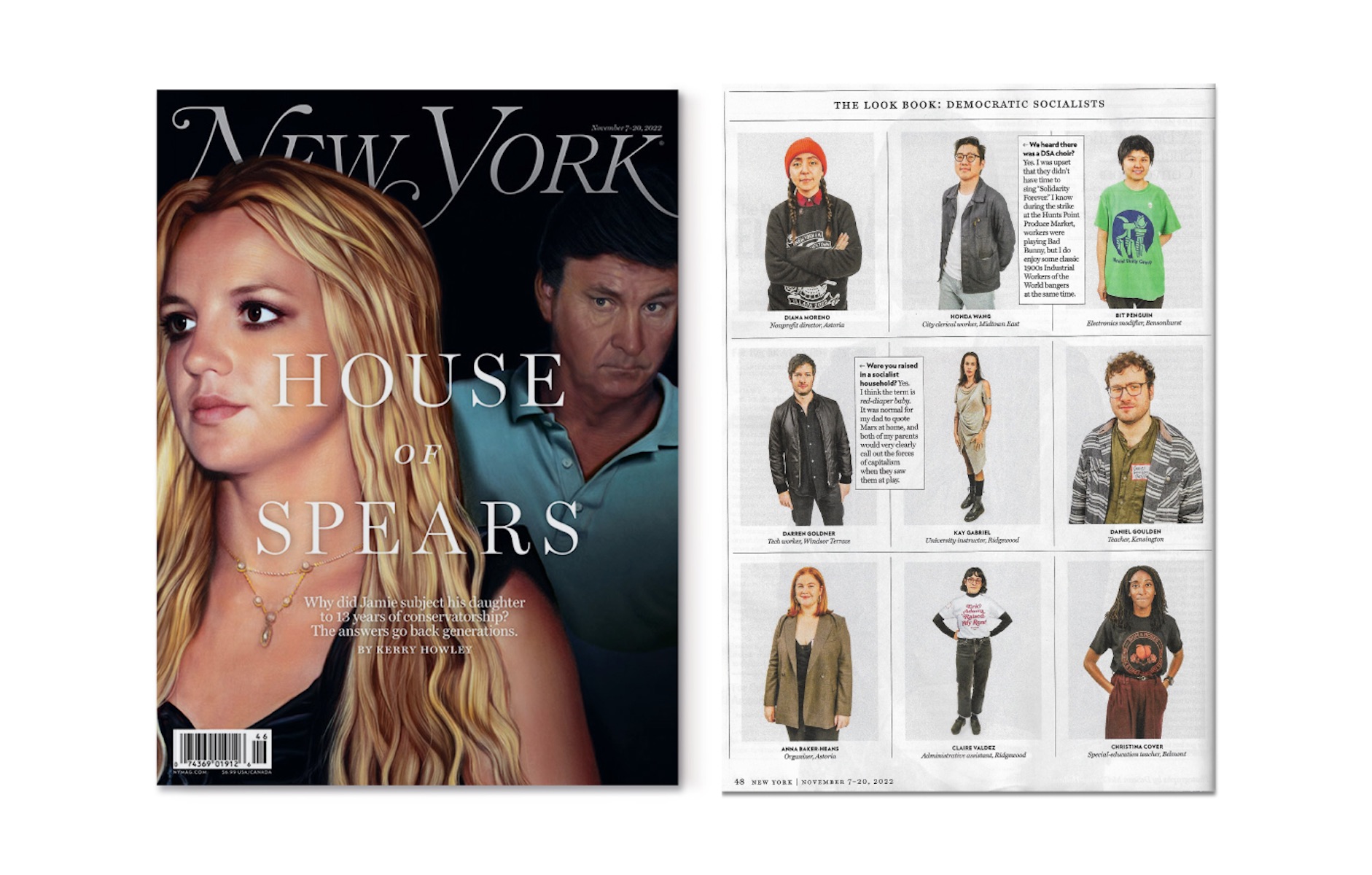 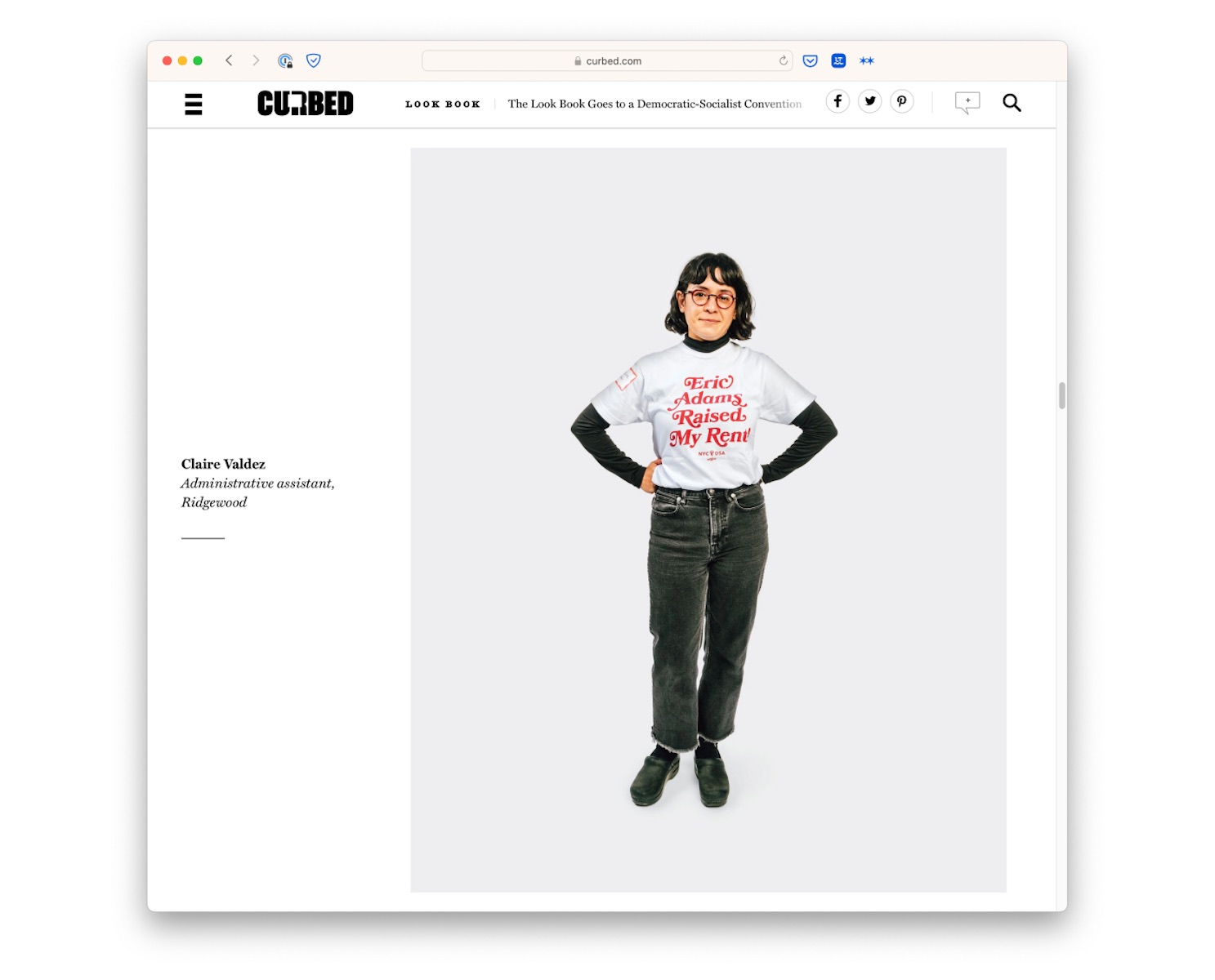 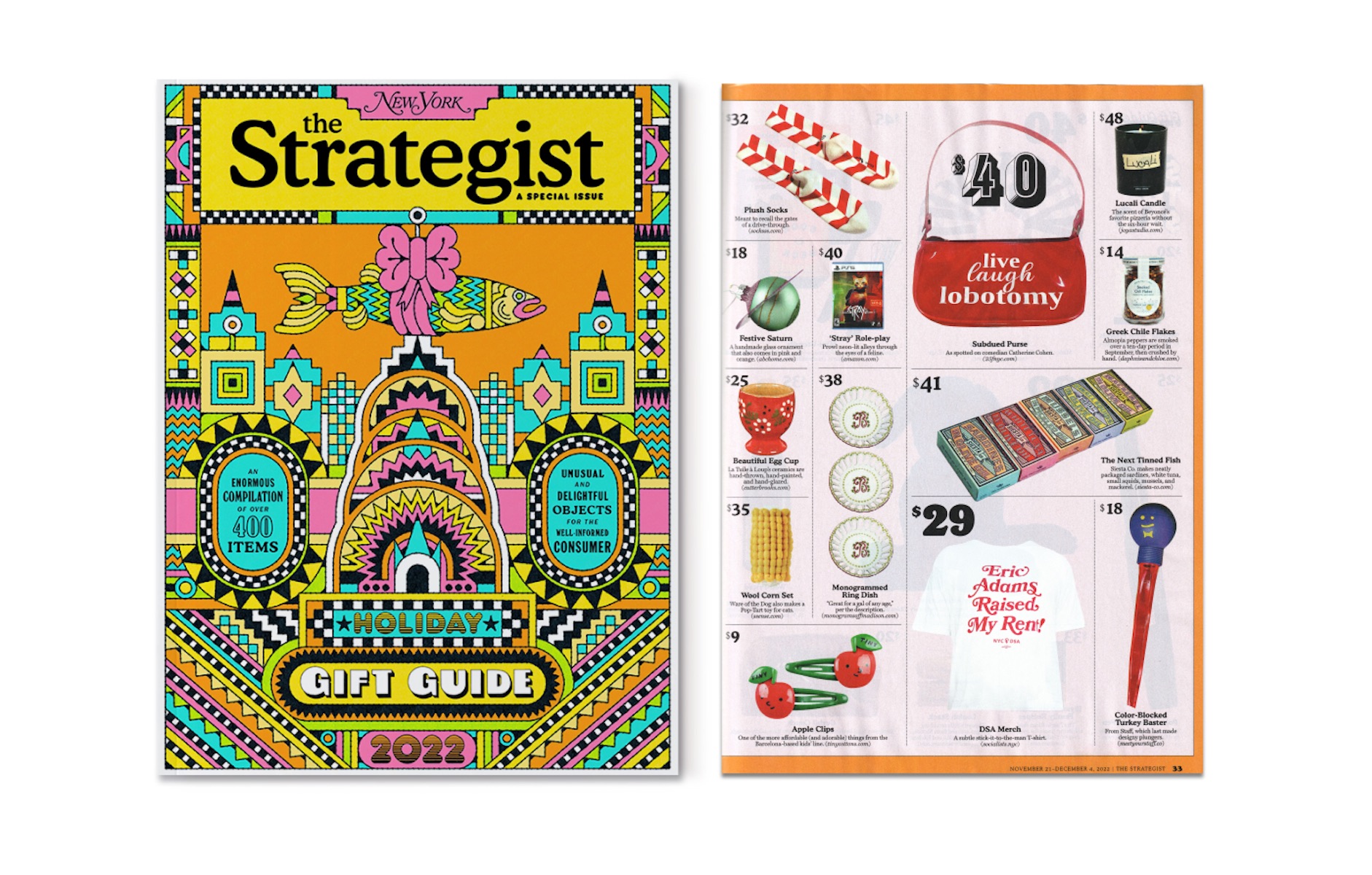 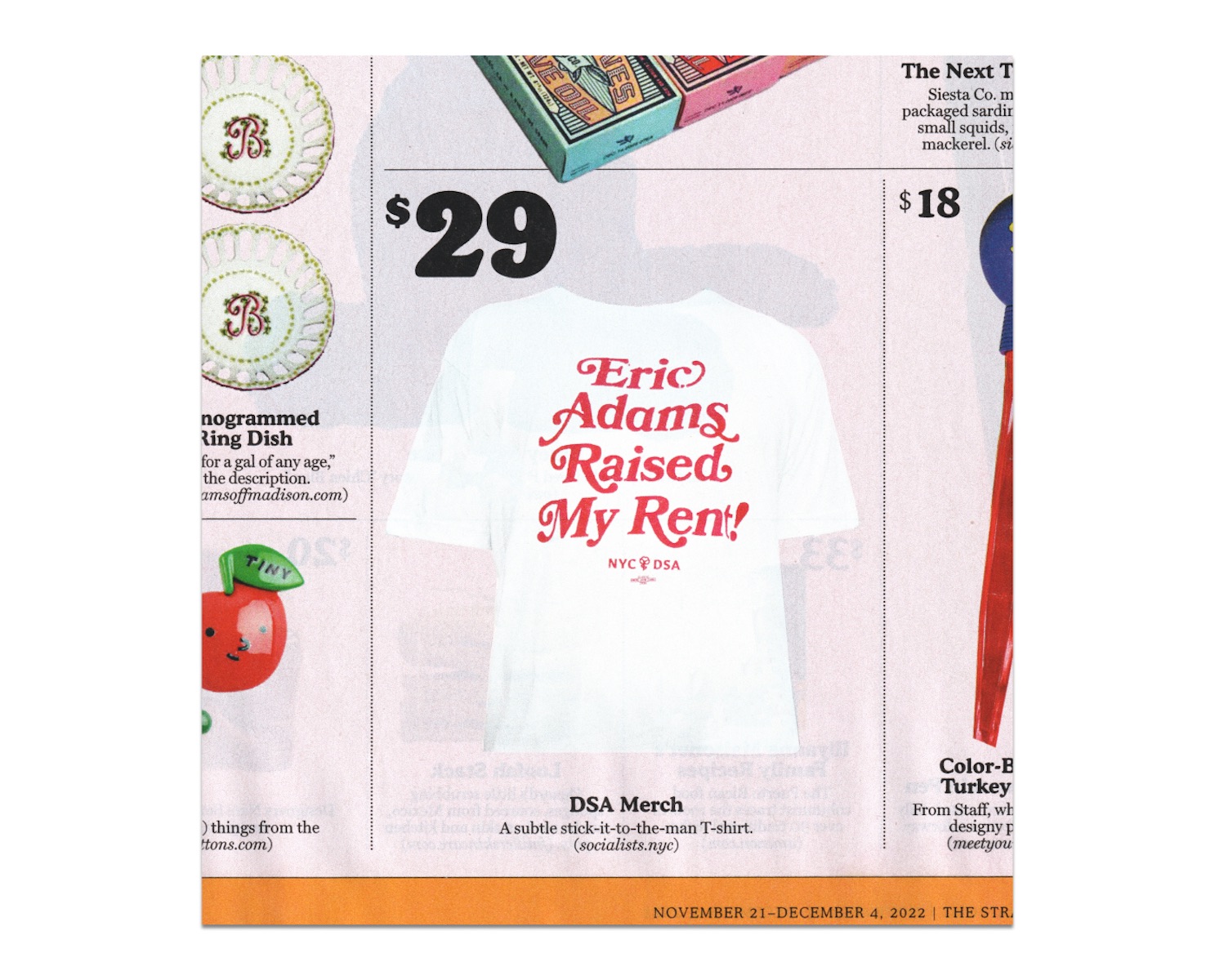 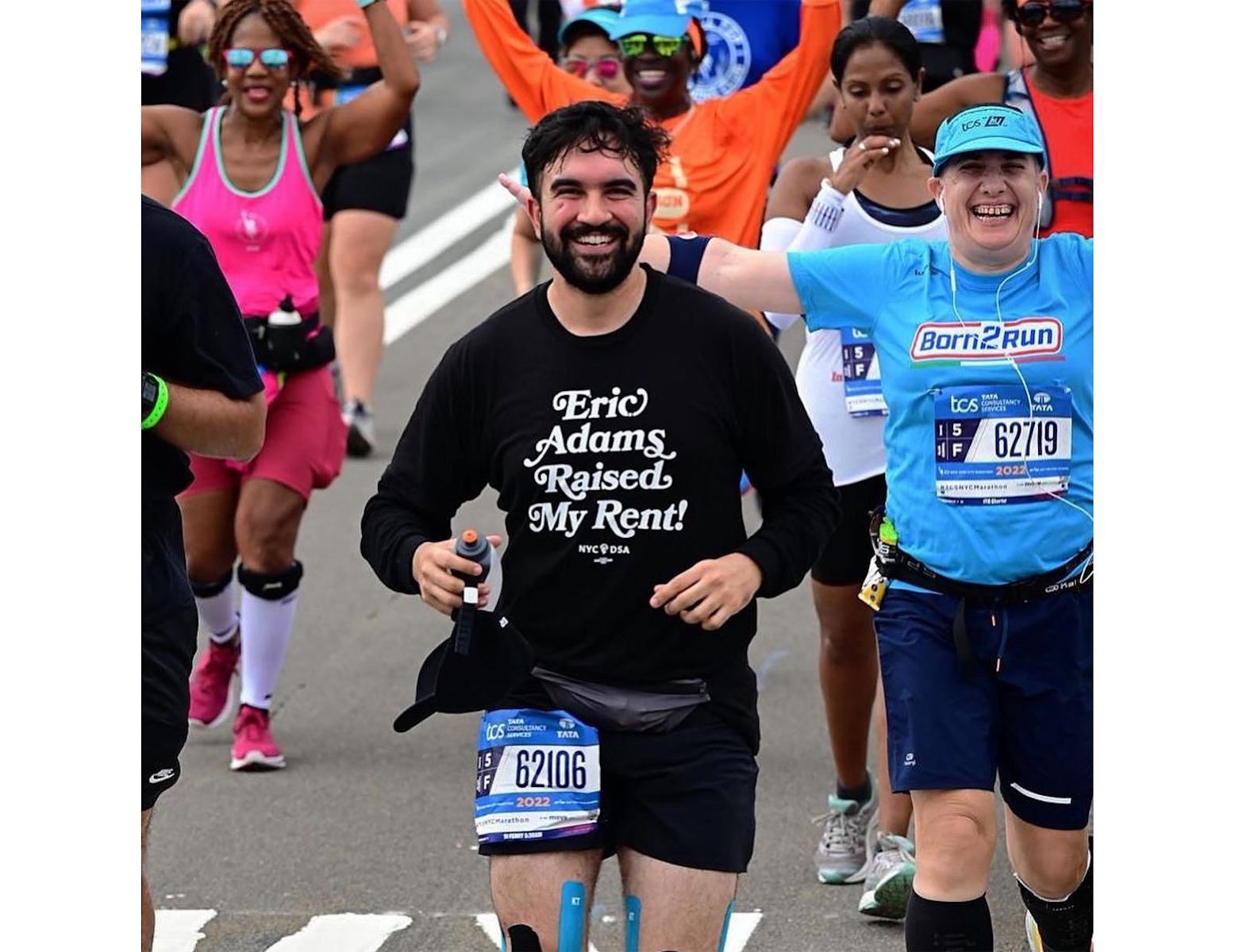